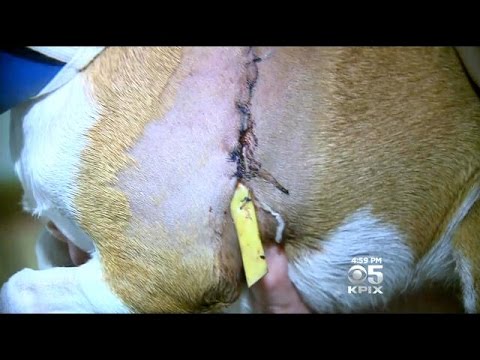 A 40-year-old woman in the San Francisco Bay Area was severely mauled by her family pit bull.

Pinole Battalion Chief Steve Akre tells the Contra Costa Times newspaper (http://bayareane.ws/1AtwgtZ ) that emergency crews found the woman Sunday morning with serious wounds to her arm, face and legs. A helicopter took her to a hospital.

Akre says paramedics had to perform advanced life support treatment to stabilize the woman as she was flown to a hospital in Walnut Creek. Her name and condition haven’t been released.

Lt. Joe DeCosta told KNTV television station in San Jose (http://bit.ly/1zSVkeA ) on Monday that the dog had been stabbed and struck with a baseball bat, possibly by someone trying to save the woman.

The Reality of Ming Baby Name Revealed‼️ Is This A Skit⁉️

Episode 362-Last of Us and Black Panther 2 trailer, Hocus Pocus 2, Rings Power and House of Dragon

Episode 362-Last of Us and Black Panther 2 trailer, Hocus Pocus 2, Rings Power and...