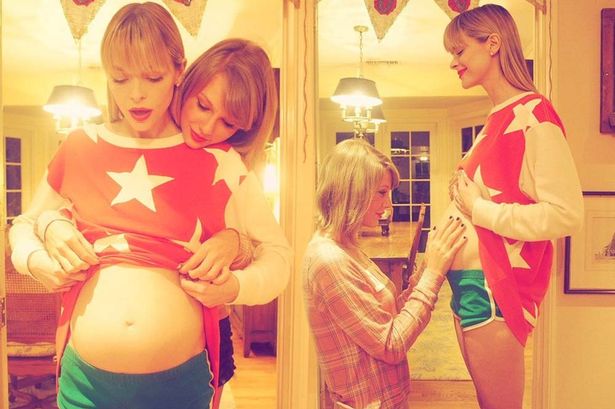 There hasn’t been a cooler godmother since “Cinderella.”

Taylor Swift announced that she will be the godmother of actress Jaime King’s second child. Swift shared the news with her 23 million Instagram followers on Monday, posting a sweet shot with the pregnant “Hart of Dixie” star. King also shared a photo of the pair on her Instagram account:

King announced that she and husband Kyle Newman are expecting their second babytogether in February. The couple is already parents to 1-year-old son, James.

Given all the great advice Taylor Swift gives to her young fans — not to mentionshowering them with awesome, thoughtful gifts — we can only imagine how much she’ll enjoy watching over her godchild.