Oscar-winning Director: Poles Should See ‘ida” Not Debate It 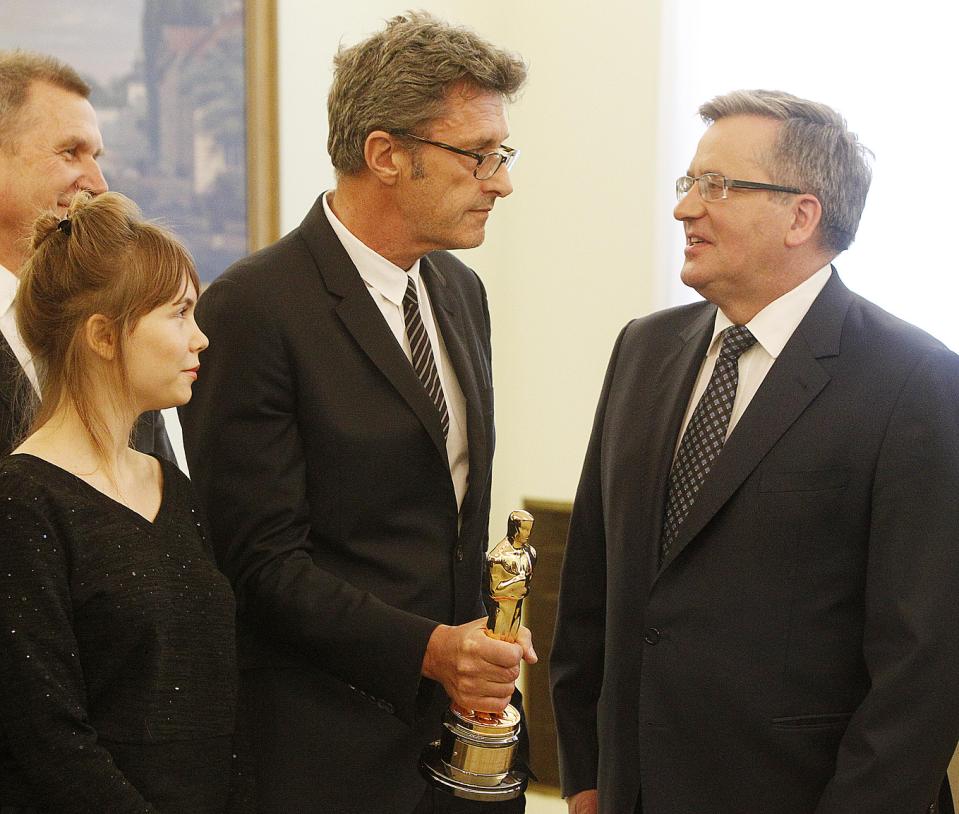 The director of “Ida,” the Polish movie that won this year’s Oscar for best foreign film, said Monday that Poles should see it before calling it anti-Polish.

Now the Oscar and a slew of other international awards have generated intense debate about whether it’s unpatriotic, a charge leveled by right-wing politicians.

The movie is about Ida, a young woman preparing to be a nun, who discovers she is Jewish and that her parents were murdered by a Polish peasant during World War II.

Detractors argue that the movie lacks the historic background of terror under Nazi German occupation of Poland during the war. They say it fails to mention that many Poles saved Jews, despite the fact such actions were punishable by death.

Polish-British director Pawel Pawlikowski has brushed off the criticism, saying his movie is about identity not history.

At a meeting Monday with President Bronislaw Komorowski he suggested that not all those engaging in the debate had seen “Ida.”

“I’d rather you saw the film,” Pawlikowski said, “not debated it.”