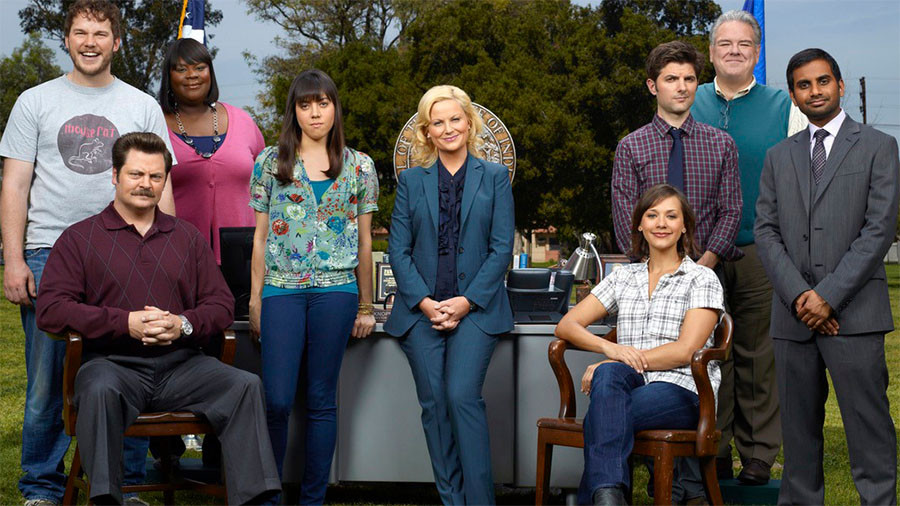 Viewers said farewell to Amy Poehler and the gang of Pawnee, Indiana, bureaucrats on NBC’s “Parks and Recreation,” in a finale that made more of a dent online than on television.

The Nielsen company said an estimated 4.15 million people saw the show exit Tuesday after seven seasons on the air. While it was the show’s biggest audience in two years, it ranked only No. 58 among all the prime-time broadcast shows last week, reflecting its status as more of a cult than broad-based favorite.

However, the finale generated more tweets than any other program on television, including AMC’s popular “The Walking Dead,” which had more than triple the viewers, Twitter said.

“Parks and Recreation” added another million viewers on a time-delayed basis within three days of its airing.

CBS’ duo of “NCIS” and “The Big Bang Theory” led the ratings last week, as is often the case. But on broadcast TV, the next five most-watched scripted shows were all series that debuted within the past year.

CBS easily won the week in prime-time, averaging 9.2 million viewers. NBC had 6.4 million, ABC had 6.1 million, Fox had 5 million, Univision had 3.1 million, the CW had 1.3 million, ION Television had 1.2 million and Telemundo had 1.1 million.

AMC was the week’s most popular cable network, averaging 1.91 million viewers in prime time. USA had 1.85 million, Fox News Channel had 1.83 million, The Disney Channel had 1.68 million and Discovery had 1.65 million.

NBC’s “Nightly News” continued to maintain its lead with Lester Holt filling in for the suspended Brian Williams, although the gap with second-place ABC is tightening. “Nightly News” averaged 9.7 million viewers last week, ABC’s “World News Tonight” had 9.5 million and the “CBS Evening News” had 8 million.

ABC is owned by The Walt Disney Co. CBS is owned by CBS Corp. CW is a joint venture of Warner Bros. Entertainment and CBS Corp. Fox is owned by 21st Century Fox. NBC and Telemundo are owned by Comcast Corp. ION Television is owned by ION Media Networks.

I’m so sorry about the person speaking the audio I promise I’ll do better in my...