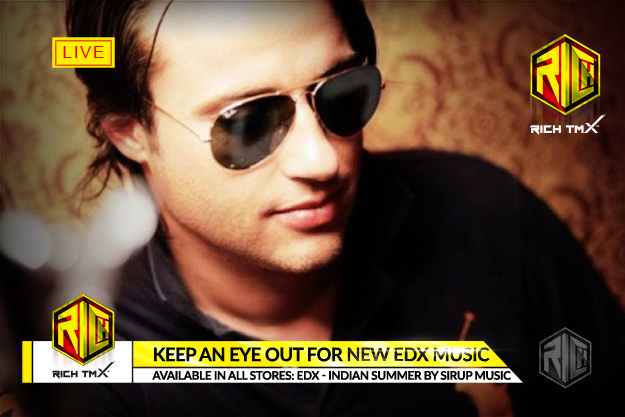 NEW YORK (RichTMX.com) – With all of his massive success, the Superstar DJ and Grammy-nominated producer EDX has been able to stay humble. House music DJ and producer EDX is a commonly recognized name in the realm of house music, and there’s no denying that EDX is a modern dance music legend. “I originally started in underground house scene, playing all the house clubs in Zuerich,” EDX told Rich TMX Entertainment News. EDX is the Global Superstar DJ who brought house music out of the underground.

The name EDX is synonymous with DJ house music and has been for over a decade – the house music’s origins can be traced back to Chicago and Detroit warehouses. According to one source close to the DJ, he works on his next major release – “finishing his main work” – which house music lovers hope will be new track, although it’s not yet known when the new EDX song might be released with the COVID-19 pandemic. 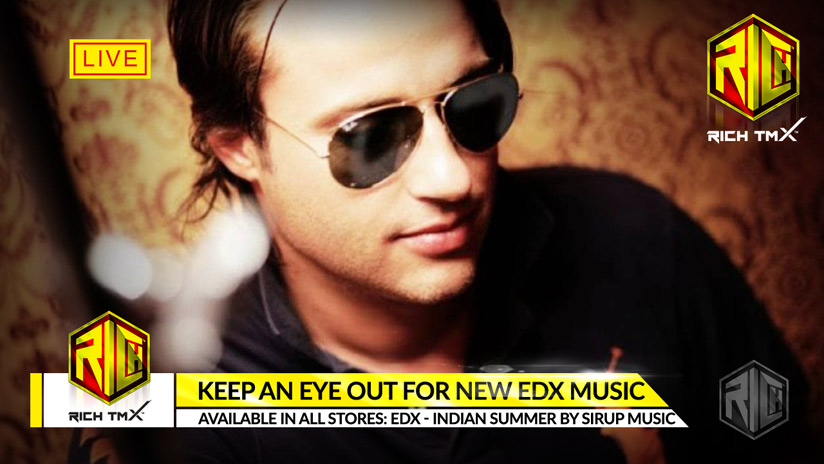 According to Rich TVX News, EDX is one of the most dedicated, hard-working characters in the industry, Switzerland´s most successful DJ, producer and label head, EDX, has spent the past twenty-seven years at the forefront of electronic music. Founder of the internationally renowned record company Sirup Music. His ‘NoXcuses’ radio show on iHeart (formerly on SiriusXM’s Electric Area) is currently broadcast to over 40 countries twice a week. EDX is continuing his run of successful releases in 2020 with his latest track ‘Indian Summer’.

EDX did reveal though that back in his earlier years, Maurizio Colella aka EDX produced very different house music under many different monikers for his label Sirup Music. EDX formed The Helvetic Nerds along with Dinka and other artists from Christian Hirt’s label Enormous Tunes; today, the group consists of EDX, Daniel Portman, Croatia Squad, Sons of Maria, Cedric Zeyenne, and Nora En Pure. EDX was nominated for the 2019 Grammy Award for Best Remixed Recording for his remix of Charlie Puth’s song “How Long” EDX’s remix of Sam Feldt’s “Show Me Love” peaked at #2 on the Beatport overall charts and has reached over 100 million plays on Spotify. 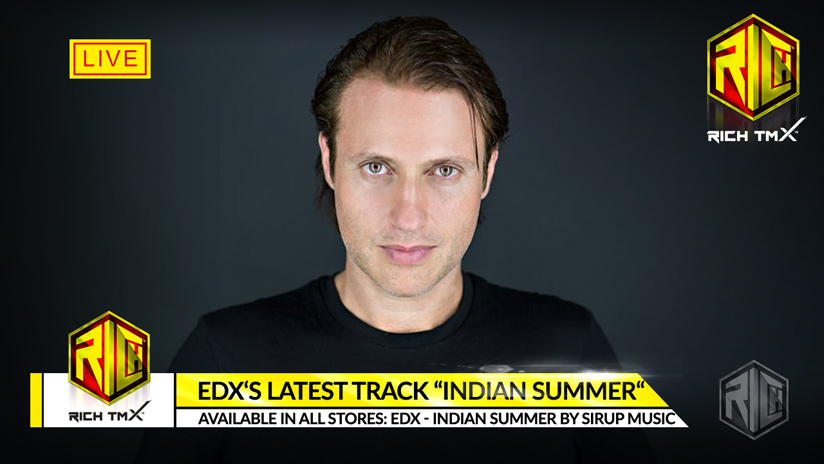 As a young man in Switzerland, EDX became fascinated with house music. EDX believes that while the older generations love their oldies, the electronic dance music listeners will constantly be seeking new beats and sounds. EDX said that he always like to listen to new house tracks and he don’t really like to listen to old music.

The Reality of Ming Baby Name Revealed‼️ Is This A Skit⁉️

Episode 362-Last of Us and Black Panther 2 trailer, Hocus Pocus 2, Rings Power and House of Dragon

Episode 362-Last of Us and Black Panther 2 trailer, Hocus Pocus 2, Rings Power and...